Time flies, 2020 has arrived! Looking back on 2019, there are still thousands of pride in our hearts. On the occasion of saying goodbye to the past and ringing in the new year, let us retrospect the 2019 memorabilia of AWEI. On Jan. 9, AWEI was awarded the 17th New Prominent Enterprise for Self-Innovation. [More] On Jan. 15, AWEI was elected as executive director of the 5th council of Shenzhen Chamber of Commerce for Import & Export. [More] 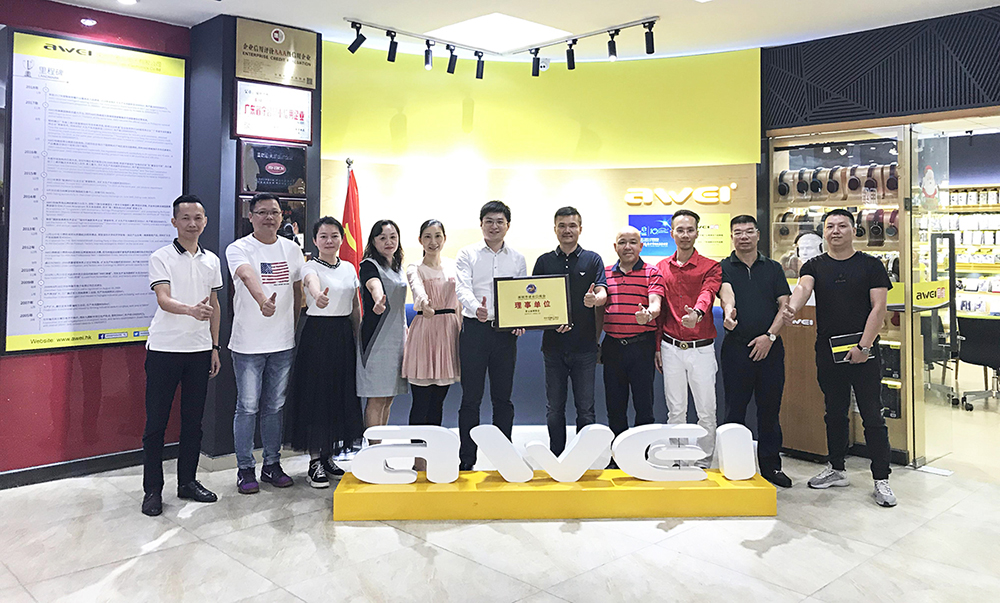 On May 6, AWEI was rated as “2019 Top 100 Innovative Brand of China”, and the founder and chairman - Lu Shengzhong was elected as Outstanding Innovator of China. [More] On June 1, After multiple examinations and assessments for qualification, AD of AWEI appeared at the pedestrian street of Huaqiang North Commercial Area breathtakingly. [More] On Sep. 20, AWEI was awarded the “Drafting Organization of Group Standards about General Technical Requirements for Li-ion Batteries of Wireless Headsets”. [More] On Oct. 12, the T5, T7, T10C, G20BL in earphone category of AWEI, and the Y280 in Bluetooth speaker category of AWEI were simultaneously rated as “Golden Ear Choice” co-sponsored by CAIA and Global Sources. [More] On Nov. 1, AWEI was awarded the “Science & Technology Pioneer” on the Shenzhen Entrepreneurs’ Day. [More] On Dec. 20, Shenzhen Yale Electronics Co., Ltd. was awarded the "Executive Member of the Third Council" by Huaqiang North Chamber of Commerce. [More] The past achievements have become history, but the resplendence of future is still far away… New journey brings new dreams, and new blueprint brings new hope. In 2020, let us remember the past, look forward to the future, create a magnificent chapter in the new era with wisdom and sweat.